My day job is managing the photography studios in the Department of Art at Mississippi State University. It's a small department, so I often find myself on IT duty as well. If you've ever worked at a university, you know that we keep things forever. Inevitably you have to occasionally go through and do a sweep de-inventory. Part of my job in the last year has been to help do these sweeps. When we first started it was mainly to rid ourselves of early 2000-era eMacs (we eliminated at least three room-sized closets filled in some cases to the ceiling).

This year isn't quite as fun. Last year's load was mostly early/pre-2000s. These machines are mostly 2002-2006, but there are a lot of them lingering around.

Mac enthusiasts will notice you can trace the decade for Apple up till the Intel switch (I did have a broken Macbook Pro but it isn't in the photograph). Unfortunately it also means I have to remove all the HDDs (university, sensitive information, yadayada).


Incidentally, as a guy who doesn't normally tear down computers for fun, I have to say it's given me a new distaste for post-PPC Apple. It's safe to say they only intended for two types of people to get into these machines: very determined individuals, and Apple hardware technicians.

I'm also in the process of transporting our departmental server to a new, better location (with air conditioning...).


For those who could care less about my job, here's a picture of Isobel: 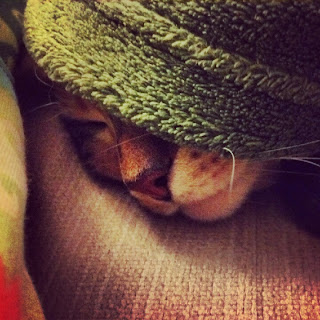 Damage on Steam for the day: